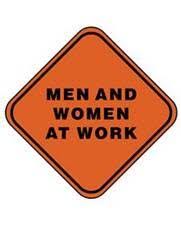 “I had an interesting conversation with one of our female employees.  She asked if there are any female joiners that I know of and would I employ them?  I had to think hard and no I don’t know any and yes of course I would, if they were good enough” (David Love, Director Edinburgh Joinery)

There is an obvious ‘white elephant’ in the room, with gender equality, in the construction industry.  The disparity between male and female workers in all trades is hugely unequal.  Why do so few women enter into these trades and when they do they can face some scrutiny or even ridicule from their male counterparts.  This is also a two way thing which women also have to overcome; their own views about construction jobs.

There are clear barriers right from the start, as culturally trades are defined as ‘male’ dominated fields, that men are more naturally made up to do , better than women.  Then there is the confidence people have in women being good at what they do, or probably more truthful, is that they will have their doubts on the sight of a woman trades, at their door.

With the industry declining in numbers, and good trades people, sometimes hard to find in the male fraternity.  It is about time that these barriers were overcome.  The future needs to look brighter for the trades industry.  There needs to be more encouragement for young people to enter into trades, or they will lack a talent pool, that is very much needed already.  We have a buoyant Edinburgh Joinery market at the moment, its important to keep this in place.

We have a booming construction industry here in Scotland. However, with an ageing population and fewer and fewer young people, entering trades.  This equation is not looking good for the future.  We need to address the unconscious bias that exists, encourage more young people, here in Edinburgh to become joiners, of both genders to want to train in trades.  Perhaps more appealing apprenticeships could be thought of, to attract both employers and employees.  At present the industry is on course to crash and burn in the near future.  We need to address this lack of personnel now, so we can future proof our next generation of trades people, ensuring they are trained to a high standard.

KITCHEN RENOVATIONS Replacing or renovating a kitchen is a huge undertaking.  Putting as much…

Bifolding doors have increased in popularity in the UK.  Just watch any design…

This website uses cookies to improve your experience while you navigate through the website. Out of these, the cookies that are categorized as necessary are stored on your browser as they are essential for the working of basic functionalities of the website. We also use third-party cookies that help us analyze and understand how you use this website. These cookies will be stored in your browser only with your consent. You also have the option to opt-out of these cookies. But opting out of some of these cookies may affect your browsing experience.
Necessary Always Enabled

Any cookies that may not be particularly necessary for the website to function and is used specifically to collect user personal data via analytics, ads, other embedded contents are termed as non-necessary cookies. It is mandatory to procure user consent prior to running these cookies on your website.